Our Source of Inspiration 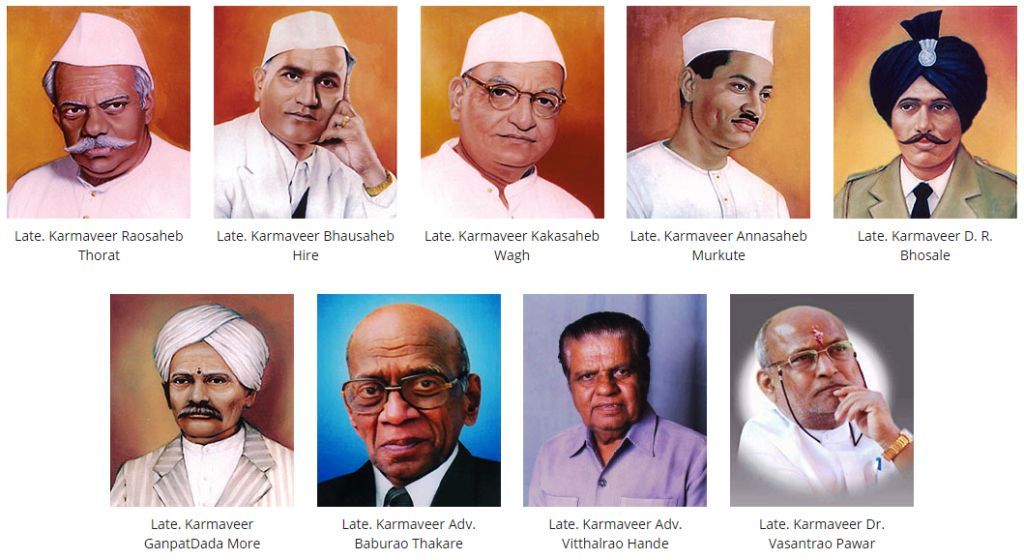 All India Maratha Education Conference was organized in Nashik in 1913, where His Highness Shreemant UdojiraoPawar of Dhar Residency donated Rs.10,000/- to the Institution, strengthening its foundation. In order to stabilize the work of the Institution, His Highness started a grant of Rs. 2,000/- per annum. Rajarshee Shahu Maharaj donated Rs.15,000/-, Shreemant Sayajirao Gaikwad Maharaj Rs.12000/-, His Highness Shreemant Madhavrao Maharaj of Gwalior Residency Rs. 10,000/-, the then industrialist Pandurang Javaji Chaudhari of Bombay Rs. 3000/- so as to enable the Institution to expand its educational work.

“For the Welfare and Happiness of the common Masses” is the motto of the Institution.

Inspired by this motto, the social workers like Shankarrao Kadam Kanaladkar, Bhausaheb Hiray, Kakasaheb Wagh, and Annasaheb Murkute came forward. The institution gained name and fame in a short time due to its well organized and disciplined planning as well as implementation, of various educational schemes. Since various donors and social workers belonging to various places generously helped, the institution began to flourish and blossom.